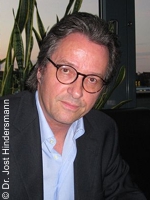 Ralf Rothmann was born in 1953 in Schleswig and grew up in the Ruhr valley. He has received numerous awards for his fiction and poetry, including the Friedrich Hölderlin Prize in 2013, the Hans Fallada Prize in 2008, and the Max Frisch Prize in 2006. He lives in Berlin. Ralf’s books include To Die in Spring and Knife Edge.