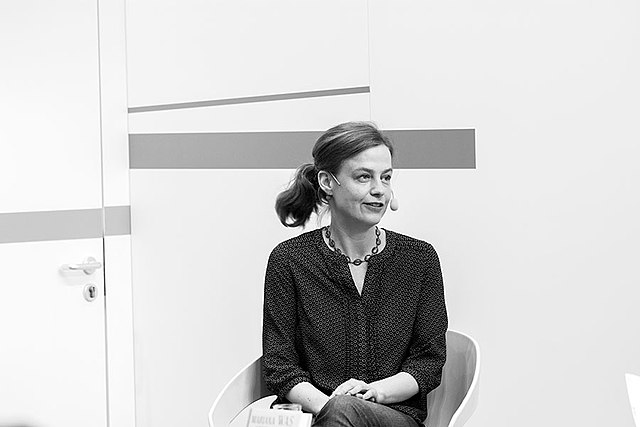 Mariana Leky, born in Cologne in 1973, currently lives in Berlin. She studied Cultural Journalism at Hildesheim University. Her publications include her collection Liebesperlen (2010) as well as the novels Erste Hilfe (2004) and Die Herrenausstatterin (2010). She is the recipient of the Allegra Prize 2000. Several awards followed for Liebesperlen. In 2005, she received the NRW Newcomer Award for Young Artists in the Category Poetry/Prose for her novel Erste Hilfe.