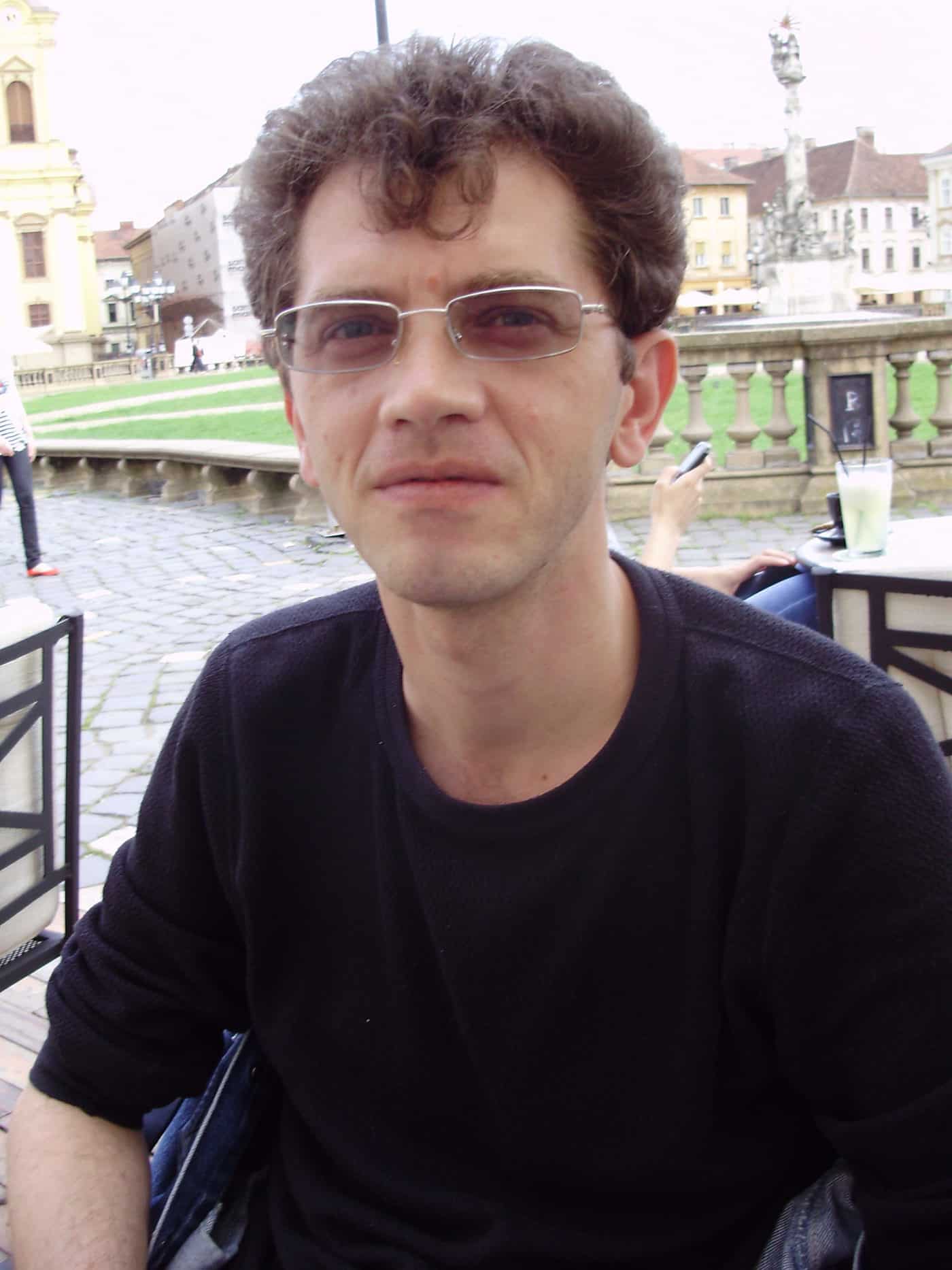 Radu Pavel Gheo, born in 1969, is a Romanian writer, essayist and translator. He graduated from West University of Timișoara (1994) and holds a PhD in Comparative Literature. After graduation, he worked different jobs and spent a year in the United States. He returned to Romania in 2002. Gheo has 12 books to his name, spanning novels, short stories, essays, and literary studies. He is the recipient of several accolades, including the National Prose Award Observator cultural (2016). His 2010 novel Noapte bună, copii! is available in Italian and Spanish translation. His novel Disco Titanic is forthcoming in Serbian translation. Since 2002, he has been working as an editor and translator for Polirom Publishing House, and he is a regular contributor for the weekly cultural magazine Suplimentul de cultură and the monthly review Orizont.