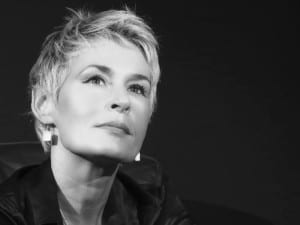 Elvira Dones, born in Durrës, Albania, is a Swiss-American writer, screenwriter and documentary filmmaker. After seven novels in her mother tongue, she has written the two most recent ones in Italian: Vergine giurata (2007) and Piccola guerra perfetta (2011). Her multiple award-winning books have been translated into various languages. Laura Bispuri’s debut film Vergine giurata / Sworn Virgin, based on Dones’ Hana and filmed with Alba Rohrwacher in the leading role, premiered at the 2015 Berlinale and garnered several prizes in New York, San Francisco and Hong Kong.