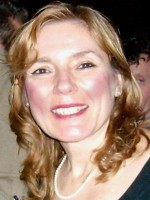 Dr. Sophia Totzeva, born in Sofia, studied Bulgarian and German Language and Literature in Sofia and Berlin. She obtained her Ph.D. in 1994 in the subject of Dramatics at the University of Mainz, where she worked as a lecturer for over a decade. Her study Das theatrale Potential des dramatischen Textes. Ein Beitrag zur Theorie von Drama und Dramenübersetzung [The theatrical potential of the dramatic text. A contribution to the theory of drama and drama translation] is one of the standard works on the theory of drama translation. In the special research area 309 ²The Literary Translation² at the University of Göttingen she supervised the research core area ²Theory of Drama Translation². In addition to many years of research in research and teaching Sophia Totzeva now works as a literary translator, dramatist and journalist. Her translated works have included stories by Adolf Muschg (Der blaue Mann) as well as selected plays by Arthur Schnitzler and Friedrich Dürrenmatt.