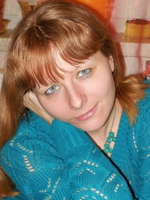 Sara Špelec was born in 1985 in Maribor. She studied Russian language and literature and comparative Slavic linguistics in Ljubljana. Since the academic year 2012/13, she works on a research project that deals with the life and reign of King Alexander I of Yugoslavia. She is a scientific assistant at the institute for ethnology and cultural anthropology. Between 2013 and 2014, she was the Slovenian editor of the international series “Hundred Slavic novels”. From Russian to Slovene, she translated works of authors Sergei Yesenin, Ivan Krylov, Nikolai Gogol und Sergej Aksakov, and from Serbian to Slovenian, she translated a book by Ivan Čolović.