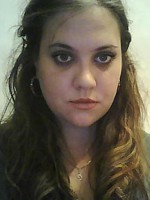 Ivana Stojić was born in 1984 in Sarajevo. After completion of her school education, which she partly spent in Vienna, she studied Comparative Literature at the University of Sarajevo. She works as a translator from and into German, amongst others for the Goethe- Institut Sarajevo, but also for the film production of Snipers Valley in 2006. She translates literature from English and German: yet, amongst others, works by Dea ​​Loher, Thomas Bernhard and Christiane F.