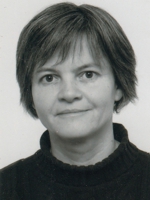 Blažena Radas, born in 1967 in Vienna, studied Slavic and German Philology in Heidelberg. Until 2000 she taught as a DAAD lecturer German language and literature at the University of Zadar. She then went on to work at the Department for German Studies and Film Studies of the London Metropolitan University. Since 2007 she lives and works as a freelance literary translator in Split, where she also teaches Film History at the Academy of Art. Blažena Radas translated the novel Lebt wohl, Cowboys (Adios, Cowboy) by Olja Savičević Ivančević to German with the support of TRADUKI.