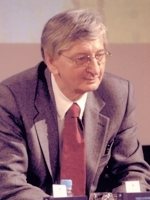 Nikica Petrak, born in 1939 in Duga Res, studied English Language and Literature and Art History at the Faculty of Philosophy in Zagreb. At the beginning of the 1960s he ran the cultural editorial department of the Studentski List journal. From 1967-1977 he worked at Zagreb TV, from 1978-1989 at the University publishing company Liber and from 1991/92 as consultant in the Department for International Relations in the Croatian Ministry for Education and Culture. Since 1992 he has been lexicographer at the “Miroslav Krleza” Lexicographical Institute. Nikica Petrak, poet, essayist and translator, is a member of the Croatian Academy of Sciences and Arts. He has published many translations from German and English, including works by Hannah Arendt, Peter Blake, Georg Tabori, Hermann Broch, Dylan Thomas, Edgar Allan Poe, Peter Handke, Peter Turrini, Harold Pinter, W.B. Yeats and August Strindberg. He has received many awards for his work.