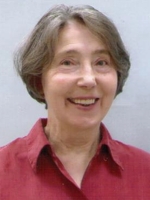 Astrid Philippsen was born in 1942 in Küstrin /Oder. After the war, she lived in various locations as a refugee. After completing her Abitur (German A-level equivalent) in 1960 in Dresden, she studied Slavonics at Humboldt University in Berlin and Belgrade and has worked as editor and copy editor at Aufbau Publishing House since 1966. She has been a freelance translator since 1973. In 2000, she received the Paul Celan Award.
She has been translating literature from Serbian, Croatian, Bosnian, and Slovenian since 1965, including prose and lyrics for adults and children, plays, radio dramas, screen-plays, and more, for example poems by Desanka Maksimović and Vasko Popa, novels by Slavenka Drakulić, Antonije Žalica, Dragan Velikić and Zoran Zivković. In 2010, a selection of poems by Hadžem Hajdarević will appear in German.