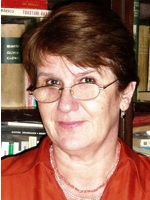 Catrinel Plesu was born in 1948 in Bucharest. She studied English, German and French philology in Bucharest and Exeter and was then working between 1971 and 1995 at the department of comparative literature of the Institute for Literary Theory and Science G. Cãlinescu in Bucharest, interrupted by a phase of in which she was banned from her profession between 1982 and 1984. From 1996 to 2005, she was responsible for international cultural projects within the Romanian cultural foundation, and between 2005 and 2007 responsible for international cultural projects within the Romanian cultural institute. Since July 2007, she is the director of the Romanian Book Centre. She was also active for the Soros Foundation and for the European Cultural Foundation. For her translations from German she was awarded with the residential fellowship in the European Translators’ Collegium Straelen in 1998 and with the fellowship of the cultural foundation Landis and Gyr in 2000. Her translations from German comprise works of authors such as Gregor von Rezzori, Walter Benjamin, Hannah Arendt and Martin Heidegger, Eginald Schlattner, Wolfgang Hilbig, Thomas Mann, Rose Ausländer, Tilman Spengler and Jan Koneffke.