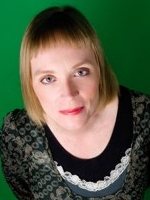 Jagna Pogačnik, born in 1969 in Zagreb, studied Croatian and Southern Slavic Philology. In 1989 she published her first book reviews, essays and critiques. She worked as an editor for the literary journals Rijek and Zor and set up independently as a literary critic and translator in 2000. Her reviews have been translated into Slovenian, German and French. Jagna Pogačnik is a member of the Croatian Writers’ Society (HDP), of the Association of Literary Translators, of the Croatian Community of Independent Artists and of Matica hrvatska. She has published two collections of literary reviews, several anthologies of Croatian prose and jointly with Milovan Tatrin a storybook for Class 5. She has translated around 20 prose works, ten plays and numerous literary and specialist texts from Slovenian into Croatian. She received an award from KulturKontakt Austria for the translation of the book Zakon želje by Andrej Blatnik.