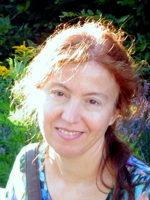 Maja Anastasijević, born in 1965 in Belgrad, studied German language and literature at the philological faculty in her home town. From September 1986 to June 1987 she studied at the German department of the Humboldt university of Berlin. After graduation in 1988, she first taught German language in Belgrade and later worked as a translator at the Zastavaimpex trading company. Today, she works as a translator for the daily newspaper Blic. She also translates books and texts of various topics. She translated within the project “Literaturexpress 2000” stories of several authors from Serbian to German and vice versa. She frequently cooperates with the publishing house Clio for which she translated many book of various genres, including Die neun Träume des Dschingis Khan by Galsan Chinag and Offenes Tor nach Osten: Europas große Chance by Erhard Busek.