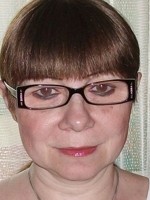 Maria-Magdalena Anghelescu, born in 1952 in Baia Mare, studied Romanian and Latin Language and Literature in Bucharest. She works as a librarian at the G. Oprescu Institute of Art History of the Romanian Academy and at the New Europe College. Maria-Magdalena Anghelescu translates from German, English, French and Italian into Romanian. Since 2000 she has been a member of the Romanian Writers’ Association in Bucharest, at the Department of Translations. She received the Allianz Translator’s Prize in 2008 for her translation of Horst Bredekamp’s Antikensehnsucht und Maschinenglaube. Die Geschichte der Kunstkammer und die Zukunft der Kunstgeschichte. She lives and works in Bucharest.