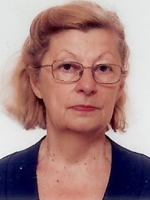 Mirjana Avramović was born in 1947. She studied German language and literature at the university of Belgrade. After graduation, she worked as a translator in foreign commerce while also working as a literary translator. Since 2000, she has been a freelance translator. Among her published translations are works by Friedrich Nietzsche, Arthur Schopenhauer, Sigmund Freud, Meister Eckhart, Klaus-Jürgen Grün, Rüdiger Safranski, Peter Sloterdijk and Rolf Hosfeld. She also translates subtitles for German films shown on Serbian TV and in cinemas. She is a member of the Serbian Literary Translators’ Union.