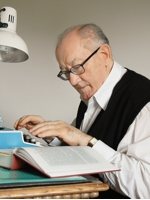 Tomislav Bekić (1935-2008), a specialist in German studies and a translator, worked from 1960 until his retirement in 2002 as the Professor for German Language and Literature at the Philosophical Faculty in Novi Sad. He has received several awards for his scientific work over many years. As a translator he has received the Miloš N. Đurić Prize (1991) and the Prize of the Writers’ Association of Vojvodina (2001). The University of Novi Sad honoured him with a prize for his life’s work. Tomislav Bekić was a member of the Thomas Mann Society Lübeck, the German Schiller Society Marbach, the Manes Sperber Society Vienna and the South Eastern Europe Society Munich. His main interest is the cultural relationships between the Southern Slavic and German cultures and the work of Thomas Mann.