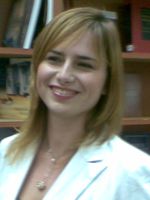 Elda Boriçi was born in 1978 in Tirana. She studied German language and literature there. She finished her studies in 2009 with a Master’s degree. Since 2010, she has been working on her PhD. In 2000, she started working at the department for Albanian studies and studies of the Balkans at the National Library in Tirana. She wrote several scientific papers and made translations of literary and historical texts from German to Albanian. She has translated works of authors such as Katharina Hacker, Friedrich Schiller, Michael Wallner, Konstantin Jireček, Joschka Fischer, Gerd Langguth, Hartmut Müller and others.