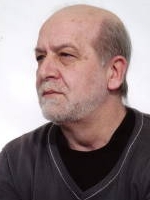 Prof. Dr. Sulejman Bosto studied philosophy at the Philsophical Faculty in Sarajevo, where a short while later he started work as Assistant Lecturer. After an interim study residence in Frankfurt am Main and further years as an Assistant Professor he was awarded his Ph.D. and in 1985 became Associate Professor. This was followed by research residences at the British Academy of Science and in Mainz. He has taught as a Professor since 2000. Prof. Dr. Sulejman is a member of the Philosophical Society of Croatia, of the Philosophical Research Centre of the Bosnian-Herzogovinian Academy of Arts and Sciences, of the South Eastern European Bioethics Forum and is an editorial member of several trade journals. He has published over 50 scientific papers and articles, two books and numerous translations of philosophical works.