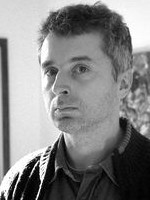 Nikola Gelevski was born in 1964 in Skopje. He studied Comparative Literature and has run the Templum publishing house since 1989. He has been Chief Editor of the cultural journal Margina since 1994 and Chief Editor of the portal Okno, which he founded in 2009. For several years he was columnist at Forum and Utrinski vesnik and since 2009 has written columns for the journal Globus. In 2007 he received the Borjan Tanevski Prize for being the most prominent columnist of the year. In addition to his work as publishing house manager, editor and author he founded the association Kontrapunkt and is co-founder of three other associations (Točka, Ploštad Sloboda, GEM). Nikola Gelevski has translated works by Vladimir Arsenijević, Nemanja Mitrović and Ognjen Spahić into Macedonian. He lives and works in Skopje.