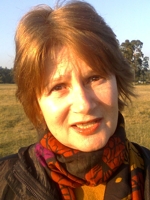 Iva Ivanova, born in 1952 in Samokov (Bulgaria), studied German Language and Literature in Sofia. After completing her study she taught for several years as a German teacher in various grammar schools in Sofia. She has worked as a freelance translator since 1982. She was awarded the Major Prize of the Bulgarian Translators’ Association for her translation of Franz Kafka’s Das Schloß (title of the English translation: The Castle). In addition to numerous works by Franz Kafka and several books by Stefan Zweig she has translated works by Elias Canetti, Max Frisch, Lion Feuchtwanger, Uwe Timm and Juli Zeh.