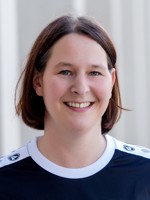 Margit Jugo was born in 1975 in Bühl. After a guest semester at the University of Sarajevo in 1997 she completed her degree as translator in Graz in 2002. From 2001 to 2007 she lived and worked in Sarajevo. Since 2007 she has been working as a literary translator for Bosnian, Croatian, Serbian and Montenegrin, and as an ambassador for Bosnian literature in the German-speaking world. She has translated texts into German by, among others, Andrej Nikolaidis, Nenad Veličković, Dževad Karahasan, Edo Popović, Slavenka Drakulić and Ivana Sajko.