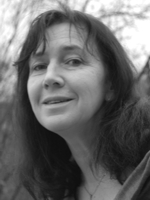 Seta Knop was born in 1960. She studied Comparative Studies and Sociology at the University of Ljubljana and at first worked as an editor for a publishing house. Since 2001 she is the director of the library of the Institute for Comparative Studies and Literary Theory at the University of Ljubljana. In 2010 she completed her PhD with her work on the evolution of the Faust motive in European literature. In her scientific work she is focused mainly on the aesthetics and sociology of literature. Seta Knop translates from the English, German, Serbian, and Croatian, and is a member of the Slovenian Translators Association. She lives and works in Zagreb. Among the many books that she has translated – especially in the fields of sociology, history, philosophy, and cultural studies, are those by Theodor W. Adorno, Gisela Bock, Terry Eagleton, Eric Hobsbawm, Reinhard Sieder, Susan Sontag, Richard Pipes, and Danilo Kiš.