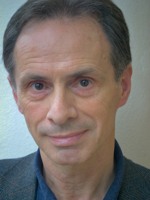 David Albahari, born in 1948 in Peć in the former Yugoslavia, studied English Literature and Language at the University of Belgrade. He has lived in Calgary, Canada since 1994. David Albahari works as a successful writer and translator of well-known American, British and Australian authors, such as Vladimir Nabokov, V.S. Naipaul, John Updike, Sam Shepard and Saul Bellow. Albahari’s works have been translated into various languages, including German, French, Greek, Polish, Hungarian, Russian and Italian. In 2006 he and his translators received the Brücke Berlin Prize.