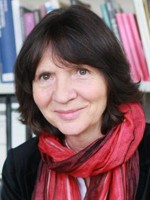 Aleida Assmann, born in 1947 in Gadderbaum, studied English Language and Literature, and Egyptology in Heidelberg and Tübingen. She qualified as a professor in 1992 in Heidelberg and has been Professor of English Literature and General Literature at the University of Constance since 1993. Her specialties are Historical Anthropology of the Media, the History of Reading and the Individual and Cultural Memory. She was Guest Professor in Princeton, Yale, Vienna and Chicago and has published many scientific works. In 1999 she was awarded the Research Prize for the Humanities of the Philip Morris Foundation. In 2009 she received the Max Planck Research Prize ²History + Memory², the Watzlawick Ring of Honour of the Medical Association for Vienna and the Honorary Doctorate of the Theological Faculty in Oslo.