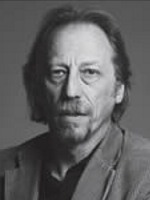 Vladislav Bajac, born in 1954, studied Yugoslavian Literary Science and World Literature in his native town of Belgrade. He founded the publishing company Geopoetika and is Vice-President of the Serbian PEN centre. Vladislav Bajac writes stories, novels, poems and essays. His works have been translated into many languages. In 2008 he received the “Balkanika” International Literary Prize for his novel Hamam Balkanija [Hamam Balkania]. In 1991 and 1993 he won two prizes for haiku poetry at the international “Ito En” competition in Tokyo.