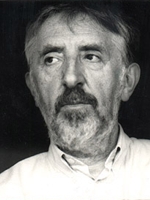 Hans Belting, born in 1935 in Andernach, studied Art History in Mainz and Rome. After obtaining his doctorate in Mainz he taught at the universities of Heidelberg and Munich as well as at the College for Design in Karlsruhe, which he co-founded in 1992. In 2003 he held the European Chair at the Collège de France in Paris. From 2004 to 2007 he ran the International Research Centre for Cultural Sciences in Vienna. Hans Belting is a member of various scientific academies in Germany and the USA and is a member of the Order of Merit for Science and Arts. He has published numerous works, which have been translated into more than ten languages.