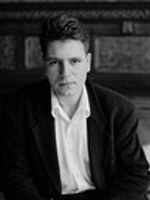 Marcel Beyer, born in 1965 in Tailfingen, studied German, English Language and Literature and Literary Science in Siegen. He obtained his master’s degree in 1992 with a paper about Friederike Mayröcker. From 1989 at the University of Siegen he edited, jointly with Karl Riha, the series “Forgotten authors of Modernity”. From 1990 to 1993 he worked as a reader for the literary journal Konzepte. From 1992 until 1998 he published articles in the music journal Spex. In 1996 and 1998 he was Writer in Residence at University College London and at the University of Warwick in Coventry. Marcel Beyer’s publications include a series of volumes of poetry and novels and he has received numerous literary awards.