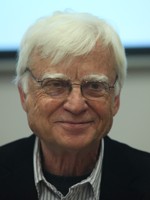 Ivan Čolović was born in 1938 in Belgrade. Ethnologist by profession, he was a coworker of the Ethnological Institute of the Serbian Academy of Sciences. Ivan Čolović wrote numerous works on ethnology, anthropology, cultural anthropology and political symbolism, several of them translated into foreign languages. In 1992, he was a founding member and the vice-president of the “Society of independent intellectuals – Belgrade Circle”. Ivan Čolović received the Herder Prize in 2000 and the French order “Legion of Honour”. In 2010, the University of Warsaw awarded him an honorary doctorate. In 2013, he received the Konstantin Jireček Medal for special achievements in Southeast Europe research.