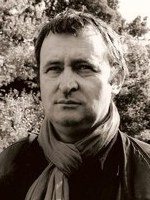 Velibor Čolić was born in 1964 in Odžak (Bosnia and Herzegovina). He spent his childhood and youth in Modriča. Before the outbreak of the war in 1992, he wrote for the journals Oko, Lica, Naši Dani, Polja, Quorum and Polet. He has lived and worked in France as a writer and freelance journalist since 1992. Velibor Čolić published his first novel, Madrid, Granada ili bilo koji drugi grad, in 1987 in Croatia. This was followed by a series of other novels and volumes of short stories, which he published partly in Croatia and Serbia, and partly in France.