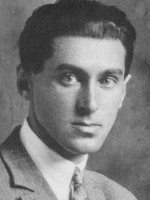 Miloš Crnjanski was born in 1893 in Csongrád (Hungary). He studied Philosophy and Art History in Vienna, Belgrade and Paris. He was forced to become an imperial and royal officer in the First World War, and in accordance with his convictions, became an anarchist and socialist. Miloš Crnjanski has written numerous novels, travelogues, dramas and essays, translated classical Chinese and Japanese lyrical poetry and founded various journals, including Putevi. From 1928 he was Cultural Attaché in Berlin, Rome and Lisbon. In 1934 he edited the right-leaning journal Ideje, he emigrated to London and returned to Belgrade in 1965. Miloš Crnjanski died in 1977.