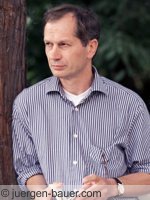 Josef Winkler was born in 1953 in Kamering near Paternion in Corinthia, Austria. After primary school he spent three years at the business school in Villach. After spending some time working in the office of a creamery in Upper Corinthia, he started attending the Evening Business Academy in Klagenfurt and in the daytime worked for a publishing house which produced Karl May children’s adventure books, since 1971 he has worked in the administration of the new Educational Sciences University in Klagenfurt. In his free time he attends lectures on German literature and philosophy. Since 1982 Josef Winkler has been an independent writer. He currently lives in Klagenfurt.