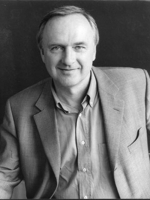 Hans-Ulrich Treichel, born in 1952 in Versmold/Westphalia, lives in Berlin and Leipzig. He studied German language at the Free University in Berlin and received his doctorate in 1984 with a thesis on Wolfgang Koeppen. He was lector of German language at Salerno University and at Scuola Normale Superiore Pisa. From 1958-1991, he was academic staff member of Modern German Literature at FU Berlin and was promoted to professor in 1994. Since 1995, Hans-Ulrich Treichel is a professor at the German Literature Institute at the University of Leipzig.