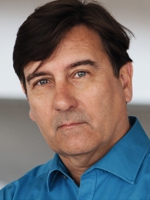 Alain Claude Sulzer, born in 1953 in Riehen near Basel, is librarian by profession and lives as a freelance writer in Basel, Berlin and in Alsace. From 1977 to 1997 he lived in Düsseldorf, Bremen, Cologne and Bochum. His numerous novels are well-known internationally. His bestselling novel A Perfect Waiter won the French prize Médicis étranger 2008 in the competition of Ian McEwan, Richard Ford, Don DeLillo, Denis Johnson and others. He also received the Hermann Hesse Prize (2009) and the Culture Prize of the Town of Basel (2013).