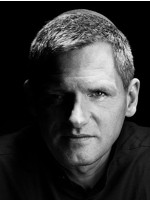 Benjamin Stein was born in 1970 in East Berlin. He has been writing poems and short prose since 1982. His first novel Das Alphabet des Juda Liva (1995) [The Alphabet of Juda Liva] was released in paperback in 1998. Benjamin Stein worked as editor and correspondent for various German and American computer magazines and as an IT management consultant since 1998. He is the owner of the publishing house Edition Neue Moderne and runs the literary Weblog Turmsegler. He has received several awards for his work, including the Scholarship Prize for Literature from the Cultural Committee at the Federation of German Industries (1996), the Arts and Literature Prize from the Free State of Bavaria (2010) and Toucan Prize from the City of Munich (2010).