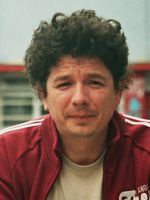 Slavoljub Stanković was born in 1968 in Smederevo. After studying Philosophy in Belgrade he specialised in advertising and since then, as an employee of one of the biggest advertising agencies, he has translated hundreds of marketing campaigns for Serbian and international markets. His debut novel The Box has already been filmed under the same title. Split is his second novel.