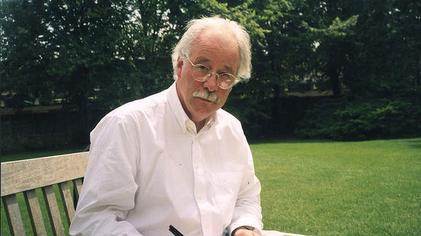 W. G. Sebald was born in 1944 in Wertach. He studied German literature in Freiburg im Breisgau and at the University of Fribourg in Switzerland. In 1966, he emigrated to England and obtained his doctorate there with a thesis on Alfred Döblin. He was habilitated in 1986 at the University of Hamburg. In 1989, he established the British Centre for Literary Translation at the University of East Anglia in Norwich. Since the end of 1980s, he had been writing literary works that was hardly noticed in Germany, in contrast to England, USA and France, where he was thought of as a possible Noble laureate. In 1996, he was accepted to the German Academy for Language and Literature, and in 1998, he became a member of the Bavarian Academy of Fine Arts. Sebald actively promoted German language and literature in Great Britain and in the English speaking world. He died in 2001 in a car accident not far from his home.