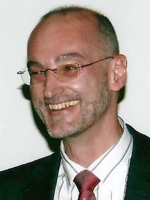 Wolfgang Schmale, born in 1956 in Würzburg, studied History, French and educational accompanying subjects in Bochum and Bordeaux. He worked and carried out research at various universities in Germany, France and Austria. Since 1999 he has taught Modern History at the University of Vienna. European and Gender History, but also Digital Humanities are some of his most important areas of work. Lastly, he wrote the two books Digitale Geschichtswissenschaft [Digital History Science] (Vienna 2010) and Geschichte und Zukunft der Europäischen Identität [The History and Future of European Identity] (Federal Centre for Political Education, 2010). His Geschichte Europas [The History of Europe] was published in 2000 in Vienna, was translated in 2003 into Serbian and into Bulgarian in 2005.