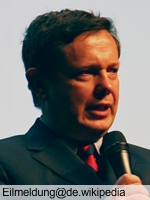 Frank Schirrmacher, (1959-2014), studied in Heidelberg and Cambridge and obtained his doctorate in Siegen. He had been one of the co-publishers of the Frankfurter Allgemeine Zeitung. In 2004, he declared war against racism against the elderly – for his book The Methuselah Conspiracy, he received the Corine Non-Fiction Prize and the Best Journalist of the Year 2004 Award. With his book Minimum, he landed another coup in 2006 and set the topic that dominated the discussions during the whole year. In 2007, he was the first journalist ever to receive the Jacob Grimm Prize for the German language. In 2007, he received the Ludwig Börne Prize. In 2009, his book Payback was published and in 2013, the book Ego. The Game of the Life. Frank Schirrmacher died on June 12, 2014 in Frankfurt.