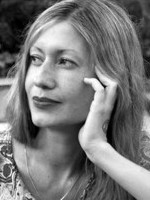 Ivana Sajko, born in 1975 in Zagreb, studied Dramaturgy at the Zagreb Academy for Dramatic Arts. She works as an author, dramatist and stage director and is an editorial member of the journal for performing arts, Frakcija and of the literary journal Tema. She is also a co-founder of the theatre group “Bad Company”, moderated the theatre television programme V-efekt and taught for several years at the university. She now bases the performances of her texts on a close co-operation with musicians. Ivana Sajko’s works have been translated into numerous languages and performed internationally. She has received important literary and theatre prizes, including the “Ivan Goran Kovačić” award for the novel Rio bar.