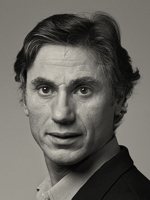 Marius Daniel Popescu was born in 1963 in Craiova, Romania, and finished his studies at the Faculty for Forestry at the University of Braşov. After the fall of the Ceauşescu regime he founded the weekly paper Replica, which he led until moving to Switzerland in the year 1990. Marius Daniel Popescu settled in Lausanne, where he earned his living as a bus driver. After having worked for the newspaper Le Passe-Muraille, he founded Le Persil in 2004, a literary magazine for young talent and established writers from the west of Switzerland. His novel Les couleurs de l´hirondelle [The Colours of the Swallow] received many awards, including the Swiss Prize for Literature 2013.