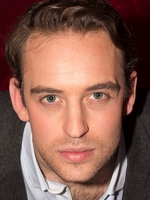 Joël Dicker was born in 1985 in Geneva. He finished law school and wrote two novels, Les Derniers Jours de nos Pères and La Vérité sur l’Affaire Harry Québert. The latter earned him the Grand Prix du Roman of the Académie Française as well as the Prix Goncourt des Lycéens and the Prix Littéraire des Vocations. The book was the literary sensation of the year 2012 in France and has been translated to more than 30 languages worldwide.