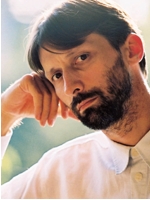 Miro Gavran, born in 1961 in Gornja Trnava, studied dramaturgy in Zagreb. He is regarded as the most well-known Croatian author of his generation. His works have now been translated into over twenty languages. Miro Gavran has received many national and international literature and theatre prizes, including the “Prize of the best Central European author of 1999” (Budapest). The international “Gavranfest” theatre festival has taken place annually in Slovakia since 2003, and is devoted exclusively to his work. Miro Gavran lives and works in Zagreb.