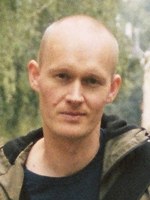 Arno Geiger received numerous prizes, including the German Book Prize in 2005, Friedrich Hölderlin advancement prize of the town of Bad Homburg in 2005 and 2011), Johann Peter Hebel Prize awarded by the federal state of Baden Wuerttemberg in 2008, the prize of the German Hospice and Palliative Association in 2011, and the literary prize of the Konrad Adenauer Foundation in 2011. He lives as a freelance writer in Wolfurt and Vienna.