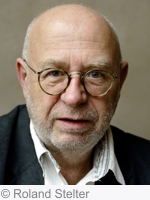 Rolf Hosfeld was born in 1948 in Berleburg. He studied German studies, political science and philosophy in Frankfurt am Main and Berlin and earned his PhD with a work on Heinrich Heine. Hosfeld worked an editor in a publishing house, an editor of the Merian magazine, head of the editorial team for culture at the magazine Woche in Hamburg as well as a film and TV producer in Berlin. He produced numerous historical TV documentaries and wrote several books including the biography of the philosopher Georg Wilhelm Friedrich Hegel and the book Operation Nemesis. Turkey, Germany, and the Armenian Genocide.