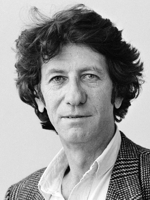 Danilo Kiš was born in 1935 in Subotica as the son of a Hungarian Jew and a Montenegrin. He spent his childhood in Novi Sad, until in 1942 he had to flee to Hungary to relatives of his father. As his parents had him baptised in 1939 he was able to escape the Holocaust, but his father was deported to Auschwitz in 1944. After the war he studied Literature in Belgrade and began to translate from Hungarian, French and Russian. At the same time he published numerous poems, essays and short stories, and later, novels and volumes of stories. In 1979 he went to France where he taught in various cities. Danilo Kiš died in 1989 in Paris.