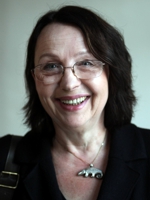 Katja Lange-Müller was born in 1951 in Berlin-Lichtenberg and studied at the Johannes R. Becher Institute for Literature, and one year in the people’s republic of Mongolia. She moved to West Berlin in 1984. She published her first book, Wehleid­ ­– wie im Leben, in 1986. Katja Lange-Müller received numerous prizes and grants, among other the Ingeborg Bachmann Prize (1986), the Alfred Döblin Prize (1995), the Berlin Literature Prize (1996), the Gerty Spies Literature Prize (2008), the Wilhelm Raabe Literature Prize (2008) as well as a fellowship in New York granted by the German Academy for Language and Poetry and the German House in New York.