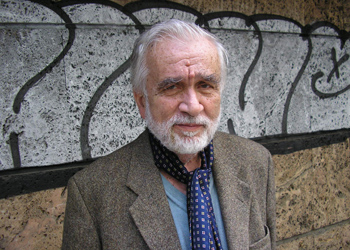 Ljubomir Levčev was born in 1935 in Bulgarian Trojan. He was Chairman of the Bulgarian Writers’ Association, as well as the Deputy Minister of Culture of Bulgaria and acted as editor of the literary magazine “Literature Front”. Levčev, who has published over twenty volumes of poetry, is regarded as one of the most outstanding poets of Central and Eastern Europe. His work has been translated into many languages. Levčev has also received many international awards for his work, including prestigious literary prizes in France and Russia. He is a member of the European Academy for Poetry.