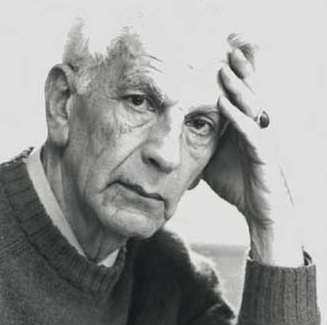 Karl Löwith was born in Munich in 1897. He studied Philosophy and Biology in Munich and Freiburg, being a student of Edmund Husserl and his assistant Martin Heidegger, as well as of the zoologist Hans Speman. He obtained his doctorate in 1923 in Munich under the professor Moritz Geiger with a study on Nietzsche. After his job as a home tutor on an estate in Mecklenburg, he followed Heidegger to Marburg where he became friends with Leo Strauss, Gerhard Krüger and Hans-Georg Gadamer. He obtained his doctorate in 1928 under Heidegger with a phenomenological work on The Individual in the Role of Fellow Man. In 1935, he lost the permission to teach because of his Jewish origin. Already one year earlier, Löwith emigrated to Rome. In 1936, he got a professorship at the Imperial University of Sendai, Japan. In 1941, he moved to the U.S. Owing to the intervention of Paul Tillich and Reinhold Niebuhr, he got a position at the Hartford Theological Seminar. In 1949, he was appointed to the New School for Social Research in New York. He returned to Germany in 1952, following a calling from Heidelberg, where he was active until his seiner retirement in 1964. Karl Löwith died in 1973 in Heidelberg.