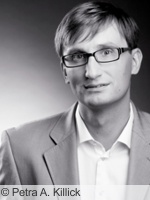 Sönke Neitzel was born in 1968 in Hamburg. He studied history, political science, and journalism in Mainz. In 1994 he obtained his PhD with a thesis on the Luftwaffe mission of the over the Atlantic 1939-1945, for which he got the Werner Hahlweg Prize for military science and history in 1996. In 1998, he published his habilitation treatise on German world view in 19th and 20th century. He was a lecturer in Mainz, Glasgow, Karlsruhe, Bern, Essen and Saarbrücken. Since 2012, he is Chair of International History at the London School of Economics.