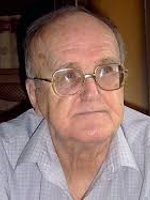 Dobrilo Nenadić was born in 1940 in the Serbian town of Vigošte. He is one of the most successful and prolific contemporary novelists of today’s Serbia. His debut novel Dorotej [Dorotej] was published in 1977 and many other publications would follow. For his oeuvre, Nenadić has been repeatedly honoured with prizes, including the Prize of the Serbian National Library for the most-read book in 1978 as well as 1999 and the prize ‘Golden Bestseller’ in the years 1998 and 2000. In 2006 he received the lifetime achievement award of the Serbian Writers’ Association for his whole body of work.